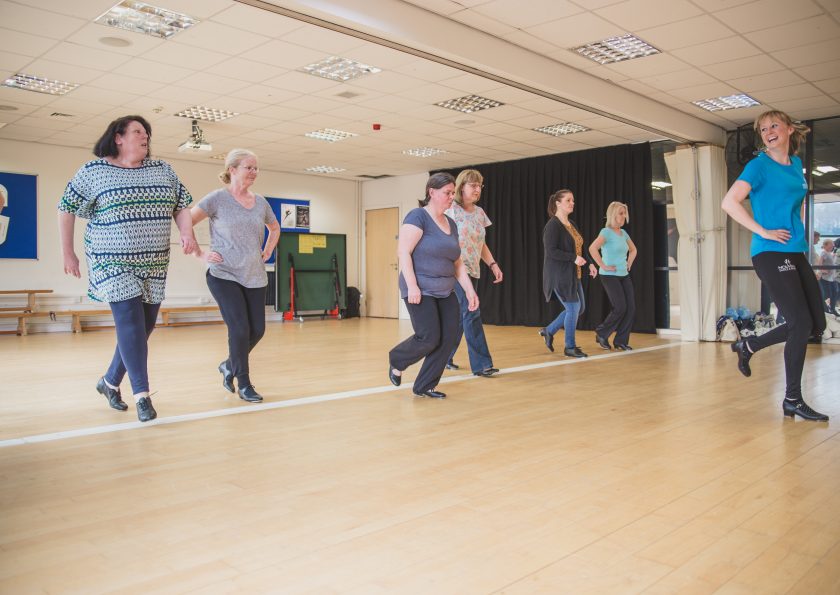 Glenda unfortunately suffered a bereavement after her best friend passed away just over year ago. She has found it very hard to adjust and make new friends.

It was Glenda’s husband who found out about the class. He mentioned it to Glenda and she decided to give it a go. Glenda has never looked back and now has regular trips out with friends she has made through the DanceFit sessions. She has gained confidence, self-esteem and feels much happier in herself.

Glenda has lost weight and has continued to increase her physical activity levels by starting swimming again. She says the class has given her more confidence in her own ability and a new lease of life!

Glenda now also arranges a social night occasionally with members of the group as well as some of their partners.

Tammy, aged forty-five has been attending weekly Dancercise sessions for over a year. Tammy had never taken part in any sort of sports or dancing since leaving school, and found out about the sessions by word of mouth and flyers.  She keeps returning as she enjoys the music and the social side of the class. …

5 ways to easily begin to build a stress free lifestyle.

The BBC recently released an article which said 300,000 people leave their job each year because of mental health problems, and let’s be honest, statistics aside, we only need to look around us to see that our friends, family and colleagues are feeling the pressure of stress and anxiety in their lives.   Stress is …